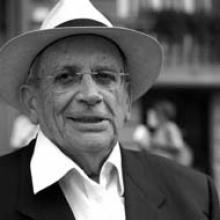 Pietro Ghilarducci was an Italian journalist and writer. Graduated in Political Sciences, he worked as journalist  for the “Corriere Lombardo”, then he was hired at the “Garzanti” publishing company as print office and advertisement responsible. He also collaborated with the editorial staff of the first “Garzantina”, curating the revision of the single voices. When he moved to London, he worked together to the BBC foreign reports, simultaneously writing for weekly cultural and latest news Italian publications, such as "Il Mondo", "Il Punto" (to which the Labour Exchequer Chancellor Denis Healey also collaborated), "Settimo Giorno", "La Domenica del Corriere" and "La Fiera Letteraria". He then returned to Italy and he was employed by the "Rizzoli" publishing company, for which he worked for over twenty years as editor, reader, translator, text revisionist and compiler. Also for the "Rizzoli", he published the novels "La moglie giovane" ("L'Inedito" award), "L'ombra degli ippocastani", "Un atto d'amore", "Il bivio" ("Vallombrosa" award), "La ristrutturazione", "La città dell'anima". He also worked for "La Repubblica", with cultural pieces and interviews (among which the ones to Carlo Bo, Indro Montanellli and other Italian culture spokespeople). He was a member of the jury of the "Premio Viareggio". He died in Milan, aged 78.